AWARDS FOR THE 50TH FEMAD FESTIVAL 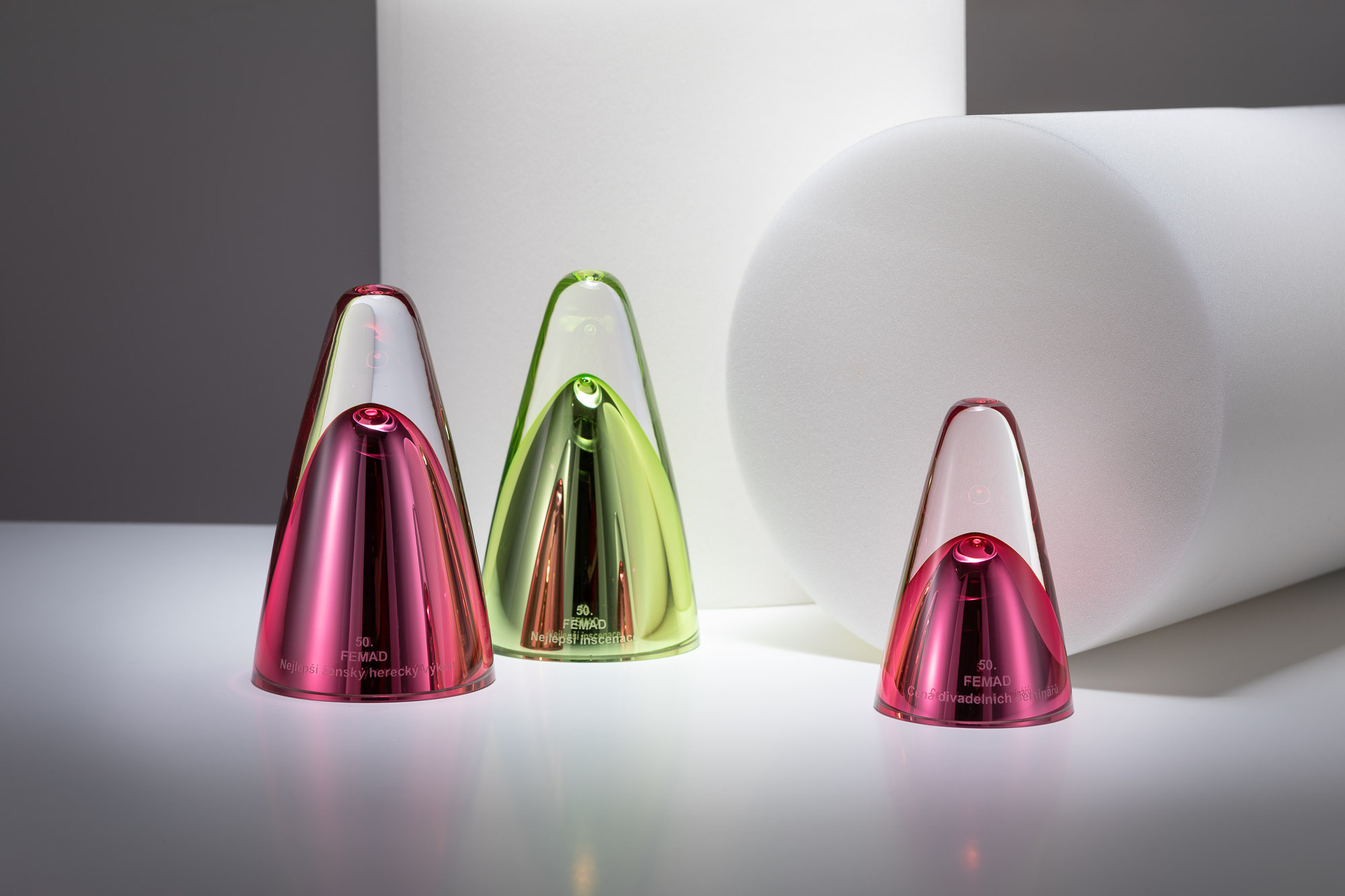 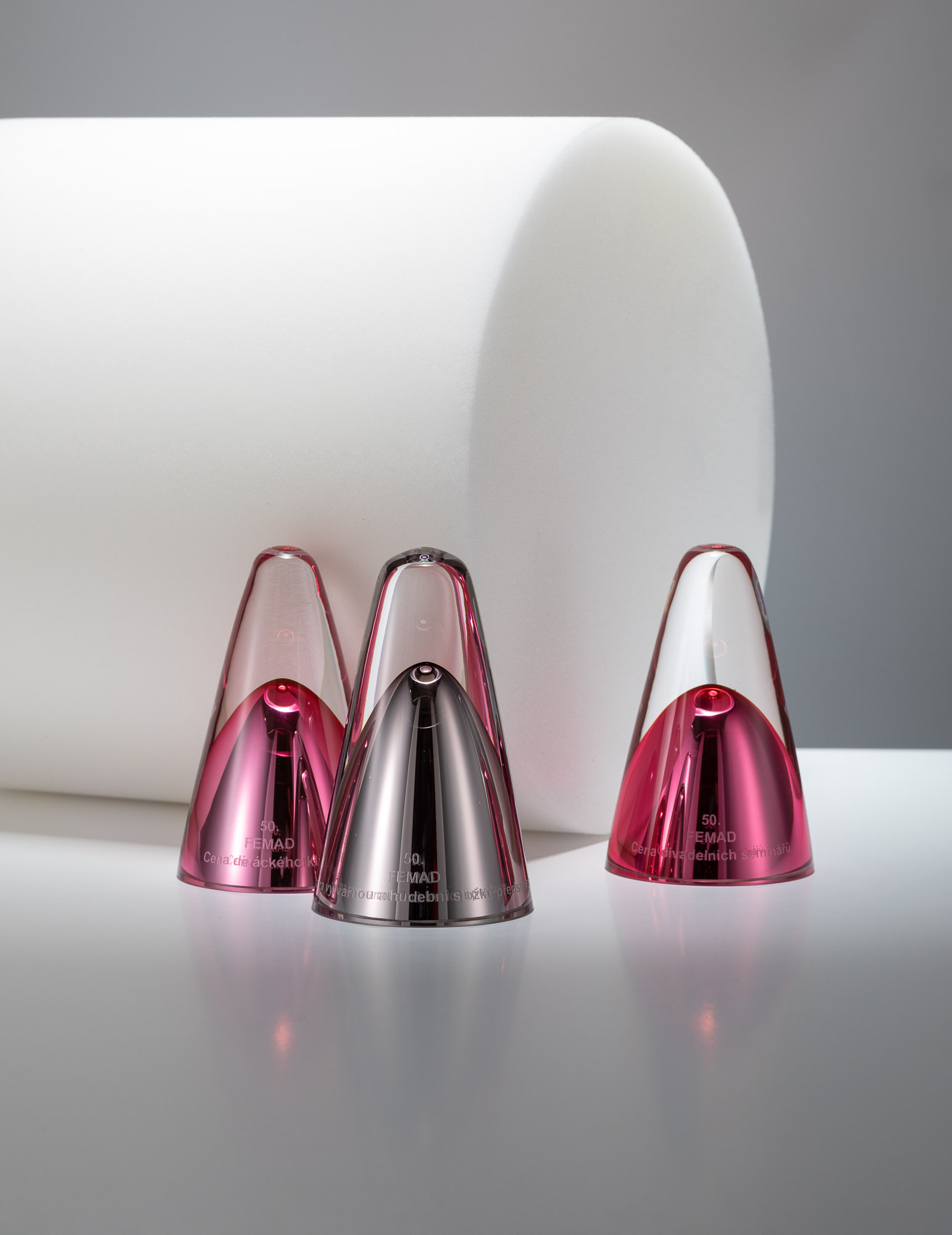 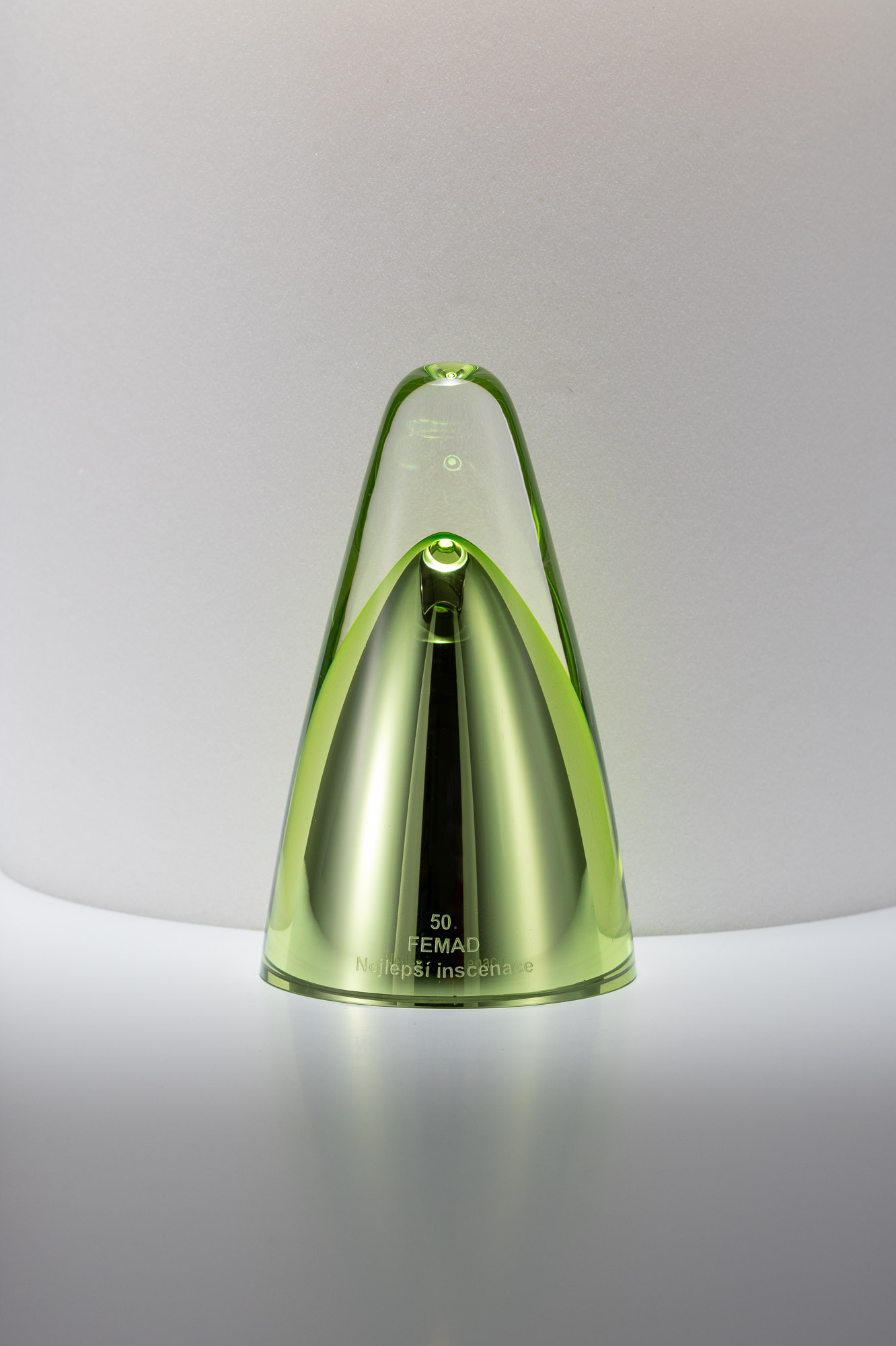 Jubilee year of the theater festival FEMAD took place 16.-19. September in the premises of the Na Kovárně Theater and Poděbrady Chateau.

The partners of the festival were: the Ministry of Culture, the Central Bohemian Region, the City of Poděbrady, the Municipal Cultural Center of Poděbrady.

The limited series of awards was created exclusively for FEMAD.

“During the play, each actor focuses mainly on the performance of their best acting performances, which are most often dependent on the overall atmosphere of the play – completed by scenery, dramaturgy, sounds and especially light. The light cone and the colorful canvas of the theater curtain as the main inspiration for the award for the best performances of the FEMAD festival. The body of the cone can be most closely resembled to a human figure and professional growth can be demonstrated on it. The curtain opens and closes the theatrical story, so it is part of every performance.“

Prizes were awarded for:

Award for the artistic and musical component of the performance

Awards were created in the Novotný Glass studio in Nový Bor, Czech Republic, in cooperation with the glassmaker Ondřej Novotný and with the assistance of Jan Pačinek.

We use cookies on our website to give you the most relevant experience by remembering your preferences and repeat visits. By clicking “Accept All”, you consent to the use of ALL the cookies. Read More Accept
Manage consent

This website uses cookies to improve your experience while you navigate through the website. Out of these, the cookies that are categorized as necessary are stored on your browser as they are essential for the working of basic functionalities of the website. We also use third-party cookies that help us analyze and understand how you use this website. These cookies will be stored in your browser only with your consent. You also have the option to opt-out of these cookies. But opting out of some of these cookies may affect your browsing experience.
Necessary Always Enabled
Necessary cookies are absolutely essential for the website to function properly. This category only includes cookies that ensures basic functionalities and security features of the website. These cookies do not store any personal information.
Non-necessary
Any cookies that may not be particularly necessary for the website to function and is used specifically to collect user personal data via analytics, ads, other embedded contents are termed as non-necessary cookies. It is mandatory to procure user consent prior to running these cookies on your website.
SAVE & ACCEPT